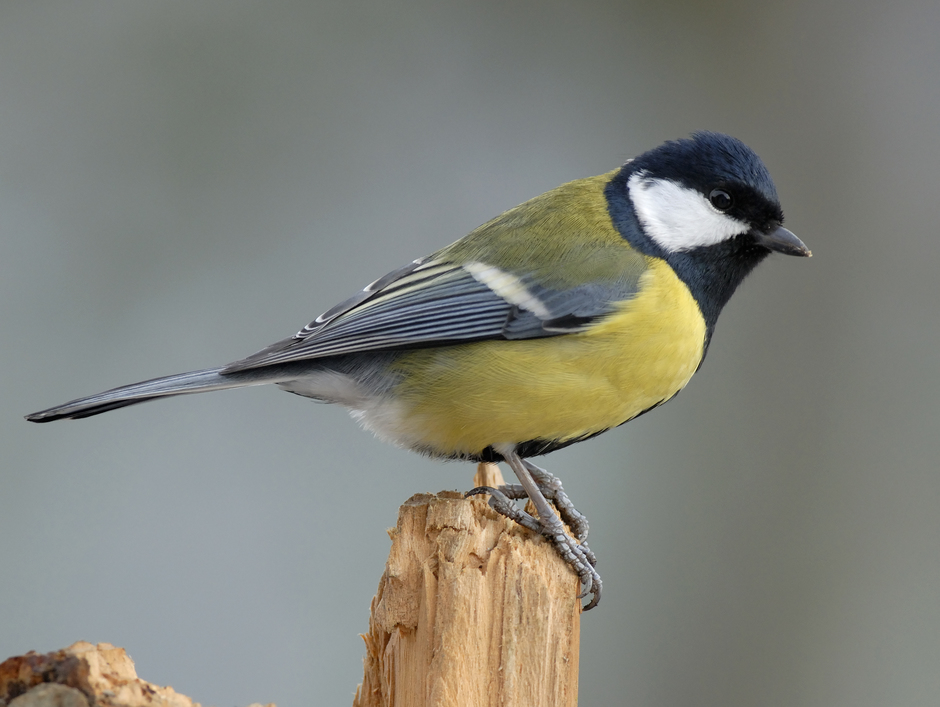 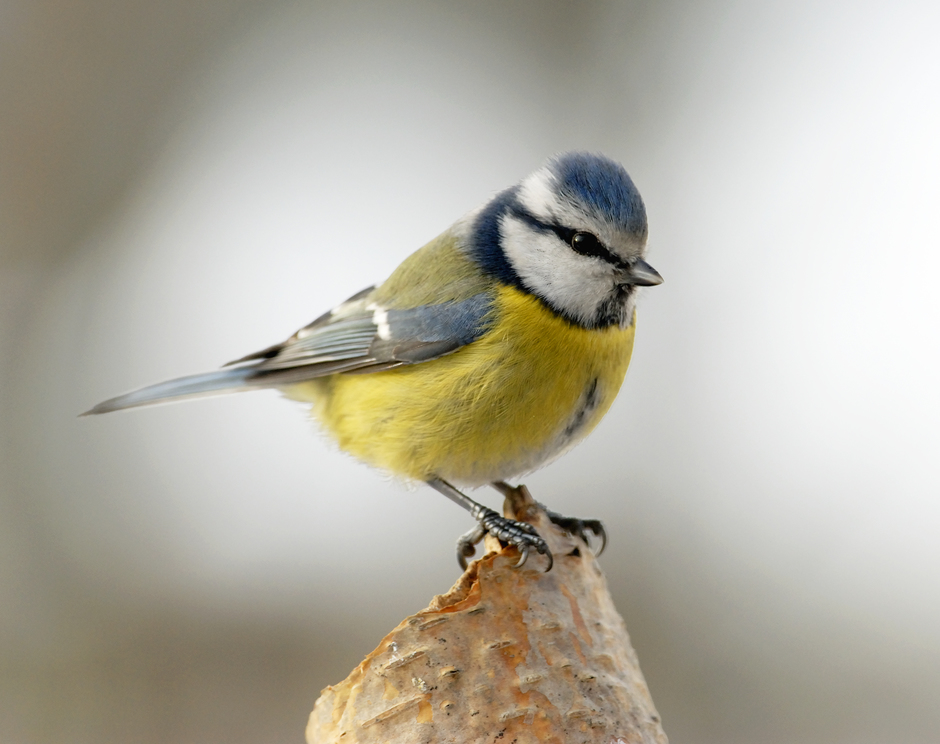 Great tit (Parus major) is a part of the Paridae family, together with a total of 54 species out of 12 genera living mainly in the northern hemisphere. Apart from great tit, there are also other species nesting in the Czech Republic: marsh tit (Poecile palustris), willow tit (Poecile atricapilla), coal tit (Periparus ater), crested tit (Lophophanes cristatus) and blue tit (Cyanistes caeruleus). Great tit is our most numerous and widespread species. It is also the largest of our tits, easily recognizable by its blue-black head with bright white triangular cheeks. The plumage of males and females is very similar; however, they are easily distinguishable by the line running down the belly, which is narrower and sometimes discontinuous on females. In our territory this species is mainly resident, with young birds dispersing from their parent’s territory. The outermost reports of our young birds are from France (1,058 and 1,038 km). They nest throughout the Czech Republic, but numbers reduce with increasing altitude. The secret of its success lies in its extraordinary adaptability. It is able to live without any problems in a variety of habitats and will readily take hanging nest boxes. Also, in addition to its standard diet (i.e. mainly insects of all developmental stages, but also berries and oil seeds) it uses various artificial food sources located close to humans, e.g. bird-feeders in the winter or food stored on outside windowsills. The high adaptability and docility of great tit is also evidenced by the fact that in Britain it learned to peck aluminium milk bottle caps and peck the cream underneath. It occupies a wide range of habitats with trees. It prefers deciduous and mixed forests, and it is also common in greenery close to humans, including urban areas. It nests in various cavities that are available. Apart from tree cavities and nest boxes it also uses mailboxes, ground holes, holes in polystyrene insulation or metal pipes open from above. A female usually selects a place for nesting and also builds a nest. It uses moss, lichen, grasses and roots, and additionally lines a deep nesting hole with plant fibres, hair, or even feathers.

Great tit has up to 40 types of calls and songs; the most common is a "teacher-teacher" in the breeding period, which is used by males to defend their territories. They are individual, monogamous breeders, but occasional bigamy has been recorded. They commonly breed two times between April and July. A female usually lays 6-12 eggs, about 1x2 cm in size, white with red-brown spots, which are denser on the blunt end. Before leaving the nest the female may cover its eggs with nesting material or burrow them in the bottom of the nest hollow. Interspecific and intraspecific brood parasitism (i.e. two females of the same or even different species lay eggs in one brood) is recorded in approximately 5% of broods; for example, apart from its own chicks, great tit breeds the chicks of blue tit. During incubation the female is fed by the male, chicks are fed by both parents. Fledglings leave the nest about 18 to 20 days after hatching.